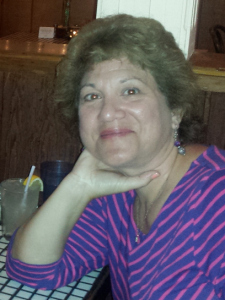 Janet received her MFA in Fiction writing from Spalding University in 2013 and since then her stories have won the 2014 John Gardner Memorial Prize in Fiction, placed third in the 2015 Stoneslide Corrective’s Short Story Contest, received an Honorable Mention in the Tom Howard/John H. Reid Winning Writers Fiction and Essay Contest 2015, was a finalist in the New Millenium Writing’s 41st Fiction contest and appeared as an Editor’s Pick in Pooled Ink: Celebrating the 2014 Northern Colorado Writers Contest Winners. Most recently her story “Symbiosis” received a Write Well Award from the Silver Pen Writers and appears in their 2016 Anthology. More stories and essays have been published in other print and on-line literary magazines. She has coordinated local readings and writers’ retreats. She has coached high school students in writing for over ten years.

She lives with her husband in Berkeley, CA but spends as much time as possible in Charlevoix, Michigan in the summer. She loves to travel, experience new things and try different restaurants. When she’s not writing, she’s riding her bike and trying not to worry about her young adult children.

Janet craves a good story. Tell her one, show her one on a screen, or write one and she’ll carry it within her. She loves being a writer in the Google age. Her curiosity drives her stories as well as her personal relationships. She has a tendency to interview people when she first meets them.